A seasoned champion reclaimed her spot atop the 2018 New York City Marathon on Sunday, while the men’s champion won thanks to a late surge.

Mary Keitany of Kenya took top honors for the women’s division in the 2018 New York City Marathon, winning Sunday with an unofficial finish time of 2 hours, 22 minutes, and 48 seconds. The victory on Sunday for Keitany was her fourth time winning in New York, and the second fastest in history. Margaret Okayo of Kenya holds the record of 2:22:31, which was set in 2003.

She faced off against American Shalane Flanagan, who tried to defend her title after winning in New York in 2017, but ended up coming in third place. Flanagan finished with a time of 2 hours, 26 minutes, and 22 seconds. 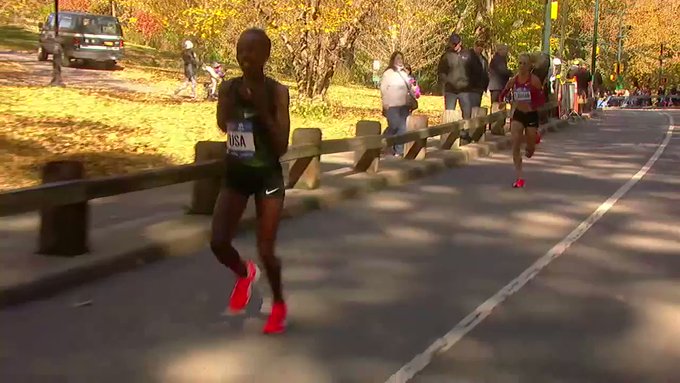 Keitany joined Grete Waitz as the only women to win the marathon four times. Waitz, a Norwegian, won the marathon nine times between 1978-1988.

For the men’s group, Lelisa Desisa of Ethiopia took top honors for the men’s division in the 2018 New York City Marathon, winning Sunday with an unofficial final time of 2 hours, 5 minutes and 59 seconds. Desisa won thanks to a late surge in the race, holding off training partner Shura Kitata. 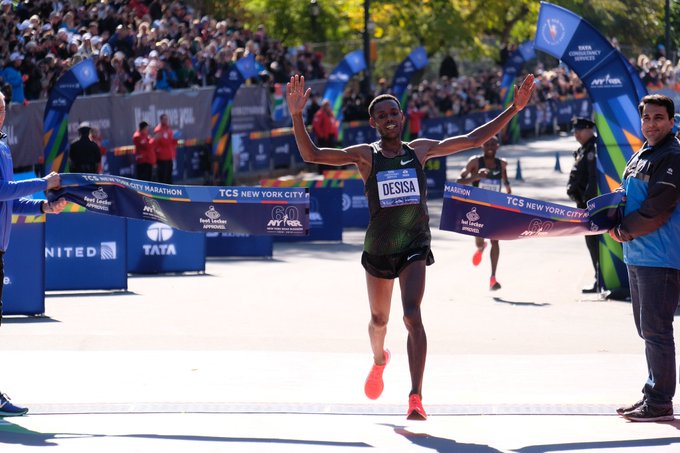 Among the 50-thousand runners that hit the streets of New York on Sunday included a third-grade teacher who lost a former student in the killing spree earlier this year at Marjory Stoneman Douglas High School high school in Florida.

Runners as they cross the Verrazano-Narrows Bridge during the New York City Marathon on Sunday, Nov. 4, 2018, in New York. (AP Photo/Eduardo Munoz Alvarez)

Stephanie Rosenthal told the Associated Press her daughter entered her name by the deadline after she was too heartbroken to think about registering for the marathon.

“She knew how running could heal my heart,” Rosenthal told the AP.

Ahead of the 10th anniversary of the “Miracle on the Hudson” landing in New York, pilot Chesley “Sully” Sullenberger was set to greet air traffic controller Pat Harten and place a finisher’s medal around his neck in Central Park.

The race on Sunday was the last for Peter Ciaccia, the NYC Marathon race director since 2015, will retire following the event after 18 years with New York Road Runners.

Jim Heim, technical director of the marathon and a senior vice president at NYRR, will take the helm.

Ciaccia and his team produce more than 50 other NYRR races during the year, and has called the marathon “New York City’s largest block party.”

“It’s a little bittersweet for me,” Ciaccia told the Associated Press before the race, “but so great I’ll get to share these marathon festivities with this great group of athletes. The American women are having such a great moment in distance running right now, the world is taking notice.”

There were 382 official charity partners for the race, and nearly 9,300 charity runners raised $35.5 million last year.

The Associated Press contributed to this report.

More than half a million Amhara people in Wolkait Tegede, Telemt, Setit Humera and Raya- Alamata have been displaced by the TPLF criminal clique

The Last Supper: The Slaughter Camp